So You’re Saying There’s a Chance

A Note From the Editor
One night this spring I was bent over in pain, my back throbbing after high-intensity radiation to my spine. Exactly 24 hours later I was cheerfully talking with longtime survivor Anne, sipping on wine as birds chirped outside my screened-in porch.

That is the nature of our illness. The highs and lows can be dizzying. I don’t think cancer is a blessing, and I wouldn’t wish our illness on anyone. That said, not everyone can feel the pure exhilaration of finally feeling better after the staggering pain of having one’s spine radiated.

I myself was only diagnosed with metastatic breast cancer four years ago at age 35 (and early stage cancer five year prior to that). For newly diagnosed patients, I cannot provide the comfort of having years of post-MBC living under my belt, though I did have a nice four-year run before experiencing my first reoccurrence recently. This is why I have included amazing stories of long-time survivors like Anne on this site.

What I can tell you though is that I’ve found myself in the depths of despair at least 100 times, and I’ve pulled myself out of it 101 times more. I tell you this because there is hope. I can promise you that when you’re at your lowest, and it doesn’t seem possible, things may take a turn for the better. You can’t know that’s true, but don’t discount it.

And while we can’t know how long our journey will last, I’ve already spoken to 10 women who’ve lived for more than 10 years since their MBC diagnosis (some of them 15 to 20 years), and I still have many interviews to conduct. For those who are newly diagnosed and see only terrifying statistics—know those are outdated, but even if they weren’t, each of us is very much an individual who should be looked at as such.

And these women show you there is HOPE. We learn to live with uncertainty magnified 100-fold by living with our illness in the current world climate. But there is also beauty and promise.

When longtime survivor Heather Jose (a 22-year MBC survivor) and I first chatted (see her story here), we found that we’d both turned to a much-quoted Dumb and Dumber scene to express our feeling about metastatic breast cancer: Lloyd asks his beautiful, unattainable crush if he has a chance with her. When she responds that he has a “one in a million” chance, he pauses briefly and says, “So you’re telling me there’s a chance!” Yes, there’s a chance. I hope this site shows you this is true. And it’s a heck of a lot better than 1 out of a million. 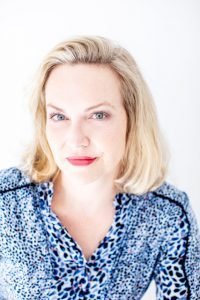 When I was diagnosed with early stage breast cancer in 2010 at the age of 30, I underwent the most aggressive treatment plan, and tried to get on with my life. But a part of me remained on edge, never quite certain my prognosis was as good as my doctors (and statistics) suggested, living my life as a deflection of some inevitable catastrophe. And then the other shoe dropped. But I’m still here. Shoeless, but still here.

That was four years ago. This is an account of what it’s like to live with Stage IV metastatic breast cancer, an incurable disease that varies widely in terms of prognosis and life expectancy. It’s meant to encourage and inform. Until recently, I didn’t even realize there were MBC survivors who’ve lived 10, 15, and even 20-plus years; the greatest honor of my life has been interviewing these longtime survivors and featuring their amazing stories here.

In terms of my own case, all I know—and want to know for the time being– is that my life has very few guarantees. I could live a comfortable existence for only a number of months or for many years…or something in between. It’s all about finding a balance as I navigate this strange, often surreal, world of living with MBC as a 39-year-old woman who thought she was in the prime of life. I’m never quite sure which way the scale is tipping. It’s often terrifying but sometimes exhilarating. Here is an account of how myself and others choose to live our lives metastatically.